This is one of the big questions asked whenever independent filmmakers get together. Back in the day, (way back when dinosaurs roamed the earth and there was such a thing as Home Video), the general consensus espoused the idea that a theatrical release was crucial to marketing your film to home video - even if you LOST money at the box office. That was then, this is now. DVDs and VHS have returned to "ancillary" income, no longer the equal to, or superior of you theatrical rentals. So, where does that leave the modern day filmmaker who, in all likelihood, isn't going to have a wide theatrical release, not going to get your films into blockbuster, or even the local video store, as the outlets vanish from the modern landscape. Recently, I heard reports that VOD has out grossed the box office. In essence, video on demand has supplanted the old DVD home video market and is just as vibrant. Certainly the Netflix, Amazons, and Apples of the world are proving that you don't need to go the traditional route to be financially viable.

For a film to have a successful theatrical release you need a substantial amount of P&A (Prints and Advertising) money. For a national release that can be in the neighborhood of $14-$20 million. The independent film market has been pummeled into two categories – films that are so inexpensive that the risk of losing money is relatively small, and those independents that put enough money into the cast to attract “name” talent. That usually means several million dollars.

If you plan on making a film, say, in the horror genre, for $20,000 then your potential upside for profit is considerable and your downside… well, your downside is $20,000. Now let’s take that film and try to get a theatrical. Where a meager number of sales would get you into profit as a VOD/Redbox/Amazon/Netflix placed movie, in the theatrical arena you’re film is risking a much larger chunk on the roulette wheel. Let’s say that you’re distributor is going to take on your film for a platform release, that is, he will open in three to five cities with two to 5 theaters in each city. On the low side, you may have $500K in P&A for such an initial release, on the high side $1.5 million.

Where your costs for material and advertising for the VOD, Redbox, Amazon, Netflix were insignificant and you were returning money with each sale, now you must make approximately $4.5 million dollars at the box office before you have a penny to return to your investor.

So, is it prudent for a filmmaker to weigh the cost of a theatrical release against a straight VOD release? Yes! 100% yes. But there's a caveat, in either case, direct VOD or theatrical release you have the burden of name recognition. If you aren't in the theaters can you get your brand recognized? If anyone saw the Grammy's this year I believe the answer is a resounding yes. Mackelmore and Ryan proved that you don't need a major label to pull off a miracle - you need talent, and a solid marketing strategy. Pre-planning a well organized, well thought-out web and social media campaign can go a long way toward making your film profitable, regardless of your distribution platform.

CHECK OUT THE SCREENWRITING TEXTBOOK “PROCESS TO PRODUCT” by Brian Herskowitz on AMAZON.COM 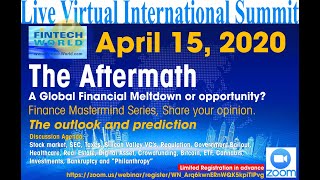